That’s from the Jeffery Lewis song “I Saw a Hippy Girl on 8th Avenue”. But just because most hippies have successfully made the transition into the 21st century isn’t a reason to shun Phish. As you might guess, there are plenty of great reasons to catch them while they’re in the area. Starting tonight through Friday they’ll be at Madison Square Garden, so you can just hop on down to midtown for what’s going to be a great show. They just put out a new album – “Joy” this year, which was a first for them in five years. And in part of the buzz-making process they played a full-length acoustic set a month ago at Festival 8. So anything will be possible at these upcoming shows. 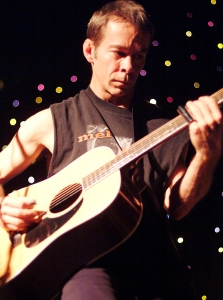 Also, tomorrow night you can catch another fantastic show – Tim Reynolds at the Blender Theater at Gramercy. Tim, as you know, is good friends with Dave Matthews since they met at a bar in 1987 and most recently played Electric guitar on Dave’s “Big Whiskey and the Gru Grux King” which came out earlier this year. Tim will be performing with appearing with the other two members of the Tim Reynolds Three (TR3). It’s going to be awesome, and what’s more – we’re giving away tickets to the show! Sign up in the lab soon!

Jumping ahead two days we come to a band that I’m very excited about and frustrated at the same time. Excited, because they put on an incredible live show, and frustrated, since I’m not going to be able to go. I’m talking about The Cat Empire, who are coming to the Nokia Theater on the 5th. If you haven’t heard of The Cat Empire, they’re a Aussie rock band out of Melbourne, that’s got a great world sound to their music. The last time they were in NYC was three years ago, where they opened for the Brazilian Girls at a free Summerstage show in Central Park.

But they’re back now, one album later, with the devilishly handsome Felix Reibl leading the vocals. Following close behind is Harry Angstrom, who’s voice can be heard on about half of the band’s new tracks. Harry backs up his powerful tenor voice with a blazing trumpet that cuts through the rest of the music. And he scats to boot. Of all the shows in NYC this month, this is the one I wish I could go to the most. So please, if you can, check it out for me and let me know how it was.

Good friend of the station Derek Trucks will be playing with his band down at the Skirball Center for the Performing Arts at NYU on the tenth, with a follow up performance the next day at the Paramount Theater in Peekskill. Audiences at both shows will be treated to a performance by Shannon McNally as well, the singer/songwriter from Long Island. 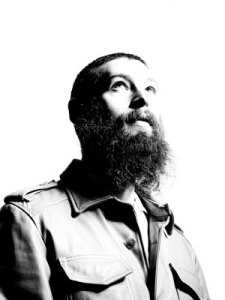 Now in the realm of Zion-reggae, December means Hanukkah time, and when Hanukkah rolls around, things come in eights. White Plains’ own Matisyahu knows this and that’s why he’s got eight shows this month – a climactic end to his appropriately named Festival of Lights tour, which has been ongoing since the release of his latest album “Light” in August. The 10th, 12th, 13th, and 14th you can catch the bearded bard at Webster Hall, and the 16th, 17th, 19th and 20th he’ll be at The Music Hall of Williamsburg. Each show will be with a different local artist ranging from indie singer Kevin Devine to dub rock group Dub Trio – both from Brooklyn. Check online to try and win free tickets from The Peak!

December gets rounded out with two great female performers – Ingrid Michaelson and Dar Williams. Michaelson will be performing a sold-out show at City Winery on the 21st, a Monday, as she settles down in New York for the holidays. She’s just come off of a host of shows abroad with fellow musician Greg Laswell in Europe. Hopefully you snagged tickets for that show.

And Dar Williams will be playing at Southpaw Entertainment and Music in Brooklyn on the 27th. Support this Mt. Kisco singer by seeing her live in her home state. Plus Vanguard Records is offering a free holiday sampler of some of their singer/songwriters. She is giving away one of her songs, It’s Alright, which was the first cut off her 2008 album “Promised Land”. Incidentally, Greg Laswell is on the album as well, with his cover of Kristen Hersh’s “Your Ghost”.

So big things, as always, happening in New York’s backyard. Check them out – and if you feel like there’s a great concert or event going on that I should be talking about, feel free to leave me a comment.

So happy holidays – and make sure to see some great concerts so you’ll have plenty of conversation material to fall back on at that awkward holiday work party.

Chapter 1: A Celebration of Music

You Listening to Great Music

An introduction is in order. My name is Josh Brechner. I am an Intern for 107.1 The Peak, WXPK located  in North White Plains, NY. I’m 19 years old and have had a passionate, head-over-heels relationship with music ever since I was ten and my dad gave me an album, Tommy,  by this band called The Who.

But enough about me. As you may have noticed, The Peak has an entirely new website! You can find it at: www.1071thepeak.com. That’s exciting enough in itself, but it only gets better from there. You, the listener, are being treated to an entirely new Peak experience, as we present Josh the Intern’s Blog – hosted by yours truly. This blog will be an outlet for all of the things we love about the station, but that didn’t make it on the air. We’ll talk about bands, concerts, records and what kind of music makes us want to stand up in our office chairs or out our sun roofs and start grooving (see above).

Now kick back , relax, and enjoy the show. Check back for new posts early and often. Also, expect to see contributions from our On-Air talent, personalities like Jimmy Fink, Chris Herrmann, and Rob Arrow. There are plenty of great reasons to check out this blog. And of course, we want to hear from you! Feel free to leave us some comments or even suggestions for what you think would make a great article for the blog.

And don’t forget to check out all of the new features on the improved website. Happy reading and even happier listening!

Filed under *Read Me First!