Tag Archives: Everything That Happens Will Happen Today

Where in the World is David Byrne? [Part 2]

In the last post, I said that Byrne has a way of incorporating the world around him into his own work. And he doesn’t do it small, quiet ways. Take for examples his Playing the Building series which started in Stockholm, Sweden in 2005. Byrne describes the series as follows: 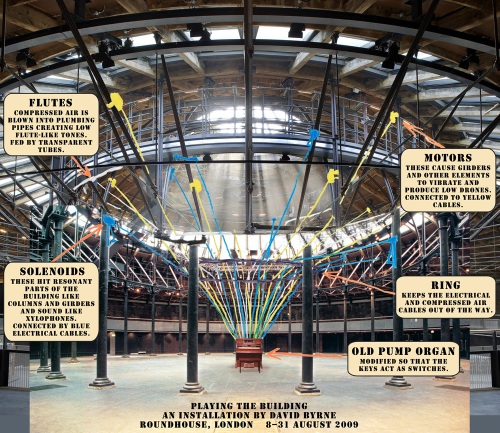 "Playing the Building" at the Roundhouse in London

“Playing the Building is a sound installation in which the infrastructure, the physical plant of the building, is converted into a giant musical instrument. Devices are attached to the building structure — to the metal beams and pillars, the heating pipes, the water pipes — and are used to make these things produce sound. The activations are of three types: wind, vibration, striking. The devices do not produce sound themselves, but they cause the building elements to vibrate, resonate and oscillate so that the building itself becomes a very large musical instrument.”

Musical may not be the best word to base your expectations off of but it is very large. In 2008 Byrne re-envisioned the installation a the Battery Maritime Building in New York City, and he has just put the finishing touches on the installation at the Roundhouse in London (see above).

These installations produce some fantastic sounds. For example, listen to Robert Gomez’s haunting “Hunting Song” which uses samples taken from the installation in New York. 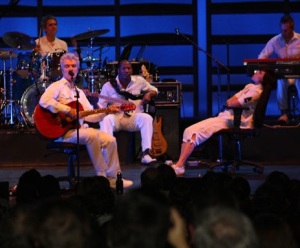 In the meantime David Byrne is finding new ways to occupy his minimal free time between shuttling back and forth across the pond to work on Playing the Building while touring for his new album Everything That Happens Happens Today, which includes dances choreographed on office chairs.

He has also been heavily involved in the developing indie music scene. His record label Luaka Bop signed Os Mutantes in 2006, a band that was originally formed in 1966, but shut down after 12 years and has now found new legs [download their latest single “Teclar” here].

He has also collaborated recently with The Brighton Port Authority (BPA), Fatboy Slim’s side project that just released their first album I Think We’re Going to Need a Bigger Boat (2008). Byrne sings on the song “Toe Jam” also featuring Dizzee Rascal, which is definitely a heavenly pairing. The video for the song, which you can find in the “This Week” section has plenty of nudity – but it’s still kid-friendly due to jolly black bars that dance around the screen with the music. Check it out! 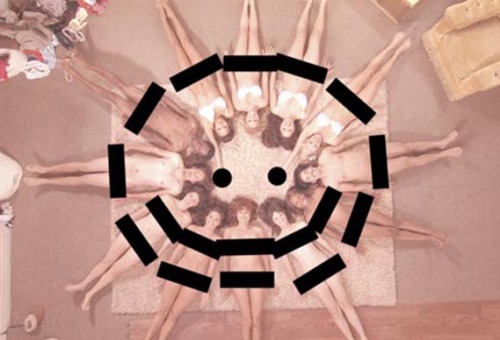 A still from the "Toe Jam" video

And, perhaps most surprisingly, David Byrne has lent his voice to North America South America (better known as N.A.S.A.) for two songs, “Money” and “The People Tree” for their record The Spirit of Apollo which was released in February of this year. With these songs, it seems that N.A.S.A. has brought out Byrne’s subversive nature once again – something that can be better explained by watching the music videos found in the “This Week” page. 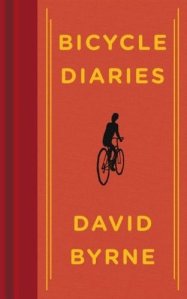 David Byrne is looking as fit as ever and he’s not slowing down. He  just released a book called Bicycle Diaries that chronicles his travels and thoughts while biking and designed a series of funky bike racks for NYC. He also had a full-length article in Wired magazine last year about the ins and outs of the music industry. It’s really fascinating and has lots of interesting clips of Byrne talking with people from the industry including Brian Eno. While you’re there, look for his interview with Radiohead’s Thom Yorke from the same issue. And if you have the desire to stalk him even more like a psycho killer you can follow his day-to-day activities in his online journal. Happy hunting!

Oh, and one last thing:

Where in the World is David Byrne? [Part 1] 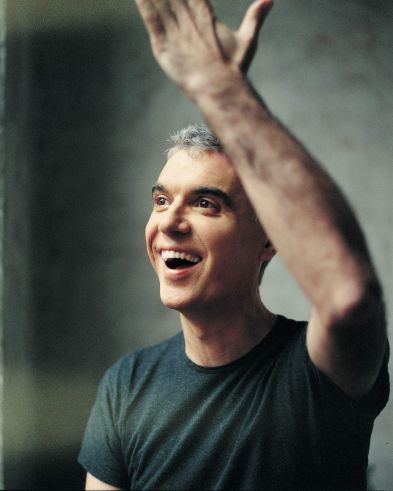 To give a brief background of Mr. Byrne – he was born in Dumbarton, Scotland in 1952. He moved to Canada when he was two, and by age five he had taught himself to play the accordion. At 9 his family had moved to Boston, and by the time he enrolled in high school he had picked up the guitar and violin as well. Andrew Bird, eat your heart out.

But David Byrne is not only a passionate lover of music, he is as accomplished a visual artist as a sonic one. For a year, he took art classes at the Rhode Island School of Design (RISD) in Providence, and then dropped out due to the fact that he thought the classes weren’t worth the money. However, the school was invaluable to him in that it brought him together with Chris Frantz and Tina Weymouth who would form the Talking Heads with Jerry Harrison. 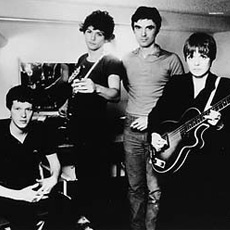 During the band’s more than fifteen-year run from their first show in 1975 until they broke up in 1991, Byrne was extremely busy. Among other things, he directed all of the Talking Heads’ music videos, created the score for “The Catherine Wheel” a ballet choreographed by Twyla Tharp and formed the record label Luaka Bop – which highlights Brazilian pop artists.

After the Talking Heads’ official break-up, David Byrne created a series of albums – many of them having Latin themes or even Spanish language lyrics. In 2002, he released the record Uh-Oh, the cover of which shows a choir of angels surrounding a cartoon dog seated on a heavenly throne. 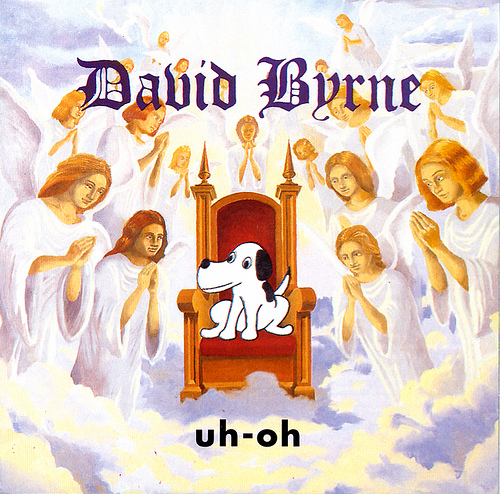 On his website all Byrne offers about the record is that “funk and Latin grooves were combined together”, but any combination of ago-go bells and bass clarinet, like this record has deserves a listen. “Now I’m Your Mom”, the first track on the album has lyrics that will both amaze and shock you:

Oh little girl
Please understand
And listen to the words I say
I was your dad
Now I’m your mom
I hope you’ll comprehend someday
This track goes one to have one of the best instrumental breakdowns in any song that I have heard. Layer by layer, Byrne and his band build up the the sound – but what makes it so incredible is that the layers are made up of horns and woodwind instruments. In thirty seconds, he brings in two french horns, a flugelhorn, flute, clarinet and of course my personal favorite – the bass clarinet.

David Byrne has a way of absorbing everything around him and then incorporating what he collects into his own re-creations of the world. He playfully nudges religion in “A Walk in the Dark” off of the same album (and also throws in some more bass clarinet to boot):

Now Jesus, Mary and the Holy Ghost
Took one look and said, “Hey, we’re lost!”
“How the hell do we get outa here?”
They s*** their pants, they got so scared 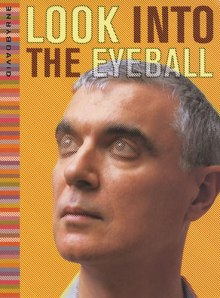 "Look Into the Eyeball" by David Byrne

Byrne continued this trend in a later solo project called Look Into the Eyeball (2001). The slick song U.B. Jesus proclaims

But David Byrne has mellowed out a little but with his most recent record Everything That Happens Will Happen Today (2008). For the recording he teamed up again with British rocker Brian Eno, who played with the Talking Heads from 1978 to 1982. The album is more probing than anything else David Byrne has done since the Talking Heads and is fatalist in a Donnie Darko sort of way. You can listen to the whole album here. 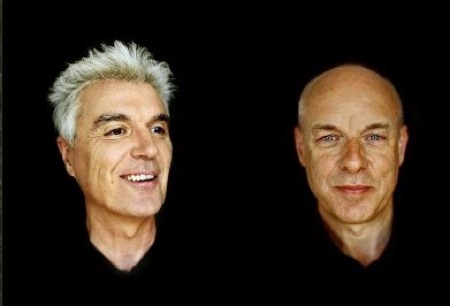 Ok, so more David Byrne to come in the next post! Including recent developments with N.A.S.A., the music group (not to be confused with the makers of the vomit comet) and Fatboy Slim’s band the BPA.